OPEC May Drop Dollar for Euro

As I've stated previously, for over 3 decades now, U.S. Oil pricing agreements with OPEC have provided THE foundation for the US dollar's elite status in the world and oil replaced gold (after being dropped by Nixon in 1971) as the backing for the World’s Reserve Currency.

We Americans, however, were never satisfied with just having a good thing, as we wanted our cake and needed to eat it too, so we racked up enormous/un-payable debts to pay for lots of guns and butter, sold toxic securitized AAA rated garbage to our best friends, family and business partners, squandered international goodwill through inept/arrogant foreign policy, and as of late, we’ve thrown all caution and common sense into the wind and are now vigorously trying to hyperinflate our way out of this current deflationary banking/financial crisis.
Well it was great while it lasted, but the gig is nearly up.

OPEC Rattles the Dollar
The possibility that OPEC would make an active decision to price oil barrels in a currency other than the dollar has been bandied about, but never spoken of by anyone with any real power. That changed today, after OPEC Secretary-General Abdullah al-Badri was quoted in the Middle East Economic Digest, saying “maybe we can price the oil in the euro.”

The weakened dollar has eroded the purchasing power of the oil-rich nations at a time when consumers in those countries are also dealing with growing inflation risks, in part because several prominent nations, such as the UAE and Qatar, maintain currency pegs to the U.S. dollar. Inflation has been rising in those countries, but these countries have been lowering interest rates in order to keep pace with U.S. policy, even though they have very different fundamentals.

Eventually, those pegs are likely to be abandoned. “The days of the peg are numbered as these nations can’t continue to cut rates to 3% with inflation 4 times that rate,” says Ashraf Laidi, head of currency strategy at CMC Markets. “They will need to revalue the peg and change it to a basket of currencies.”
When this 1974 OPEC dollar pricing agreement is finally abandoned, the US Dollar's foundation as World Reserve will be yanked out from beneath it.

We in the U.S. better start preparing for a much lower standard of living because it's coming. 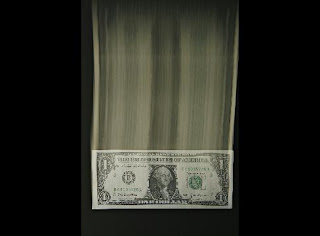 I took this link from the open forum because it applies to this post also--expecially the last paragraph relating to the petrodollar being in peril:

Where is this $150,000,000,000.00 “economic stimulus package” coming from? Let’s make this really clear. The United States government does not have any money. On the contrary, the national debt now stands at $9.2 trillion dollars, which is more than 61 times more than the “package.” So, as they don’t have the money to give, those $600 checks they plan to mail out this spring will literally comprise just printing money.

In order to hand out a mass of cash they don’t have, therefore, they have to borrow it. Consequently, this week Bloomberg reported that rates were going up for long-term treasury notes. There it is, this deeply-indebted entity – the US Government – is borrowing an additional $150 billion on top of that $9.2 trillion they already owe, then handing it out.

At the same time, in anticipation of this distribution of just printed cash, the price of oil on the commodities exchange promptly went up, to over $90/barrel. You can bet your Buick it will bust the $100/barrel mark before May, and gasoline at the pump will be $4/gallon just in time to suck up all that just printed cash. Get the picture? It’s not a new one, either. The last time they sent out a few million checks for a few hundred dollars, gasoline went up and stayed inflated for six months – just long enough to suck up all that cash. So, really, this is just one last chance swindle for the oil industry. Hand out government money, which is gleaned entirely from debt, then allow the oil companies to keep their prices artificially inflated just long enough to end up the recipients of that money.

Perhaps this is why it serves the powers that be to drain the educational system. Too many people, knowing too much algebra, could endanger the maintenance of this sort of economic misbehavior.

After the Treaty of Versailles, at the conclusion of the First World War, Germany was left with both enormous debt, an infrastructural wreck, and its existing governmental system obliterated, and thus began the period known as The Weimar Republic (if you were educated sometime after the Reagan era, you may want to look it up, History education lacking what it does nowadays). Much like that moment in Germany’s history, the United States now has unprecedented war debt, a crumbling infrastructure, and our Constitution has been fractured in so many bones that many of us don’t know what rights we still really have, or even what is or isn’t legal! The Weimar administration in Germany could not cope with a valueless deutschmark, so they kept printing more. Order needed to be restored and unemployment curbed. Ultimately, we all know how Germany ended up seeking order from that chaos.

But let’s not go there. Let’s back up to the Weimar mark. We now have the Bush dollar, and that negative-value dollar in your pocket, has, thus far, maintained its value by its vitality in oil trading market. But the petrodollar is in peril, too, as more and more oil-producing countries seek to sell their oil in euros or rubles. And now they’re just printing more. Who do you think will mop up the mess? Who can? And how well behaved will the American people remain when they can’t buy a thing?

Since it is illegal to advocate death or harm to our elected officials in Washington, I therefore say we should waterboard them all from the President on down since this act is apparently not illegal and not torture. Maybe then we could get something rational and truthful from them?

Then again, waterboarding is unlikely to provide anything useful, but, heck, it sure would be fun (and legal!)

When the masses finally wake up and their standard of living is drastically lower, our corrupt politicians better hope that waterboarding is all that may lay in store for them

IF YOU WERE CALLED BEFORE OUR GOV.AND THEY ASK YOU IF THIS WERE A TRUE STORY.AND CAN YOU PROVE IT TO BE TRUE.WHAT WOULD BE YOUR ANSWER?COULD YOU SAY THAT IT IS TRUE?WOULD YOU PLEASE HAND OUT PAIN PILLS FOR THE HEAD.EACH STORY I READ ABOUT OIL THE PAIN GETS WORSE.HOW CAN ALL OF THIS HAPPEN TO OUR COUNTRY? SOME ONE HAS TO BE RIGHT OR WRONG. WOULD YOU PLEASE FIND OUT?THANK YOU. ps please hurry.time may be running out.what about virgin oil.

Does not surprise me.