Economic Reports for the Week - TERRIBLE!

Consumer confidence plunged in February to a record low as concerns about jobs, income and the economy worsened considerably, according to the monthly Conference Board index. The February consumer confidence index (released Tuesday this week)fell to 25 from 37.4 in January. Most Analysts had expected a reading of 36.0.

Consumers' expectations also fell to a record low, with those anticipating fewer jobs in coming months rising to 47.3% from 36.9%. Additionally, those expecting "worse" business conditions also increased, hitting 40.5% from 31.1%, and those expecting more income fell to 7.6% from 10.3%. 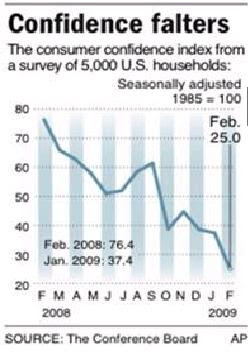 The worst performing cities continue to be from the Sunbelt. Phoenix was down 34.0%, Las Vegas reported -33.0% and San Francisco fell 31.2%. 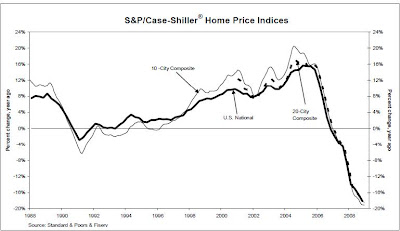 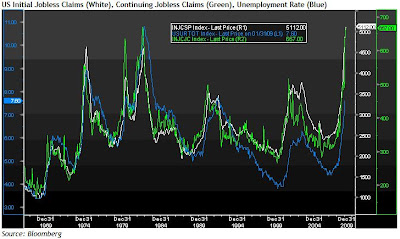 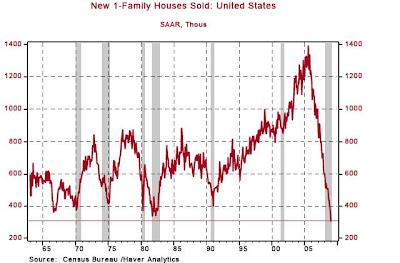 Meanwhile, there was a 13.3-month supply of new single-family homes in the market in January - also a new record! 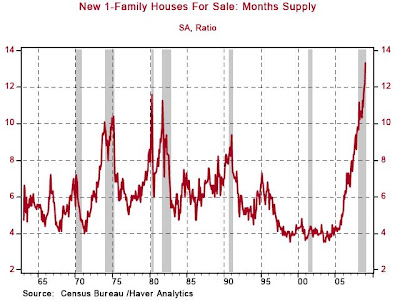 Year-on-year, overall new orders for durable goods are down 23.3 percent in January.

Overall, the January durables report indicates that the recession in manufacturing is getting worse. This will further tug down on the overall economic growth and further impact jobs and income in the consumer sector

PAY NO ATTENTION TO THE GLOOMY ECONOMIC DATA HOWEVER - BERNANKE WAVED HIS MAGIC WAND AND STATED RECESSION WILL END SOON:

Soothing words from Federal Reserve chief Ben S. Bernanke helped the stock market rebound Tuesday from a plunge to 11-year lows - If the financial crisis eases, Bernanke stated, there is "a reasonable prospect" that the recession will end this year and that a discernible recovery will get underway in 2010.

Results: The Dow jumped 236.16 points and both the S&P and Nasdaq rose about 4% after the Federal Reserve chief comments. 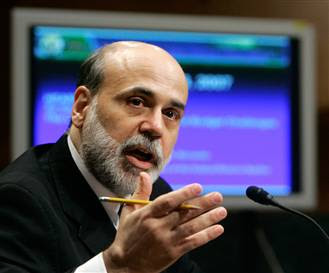 Damn! Why did I waste all that time finding/posting this data? I should have just posted Bernanke's Comments!

Hey Dude--cool updates. Thanks for making the effort. Barry

I guess that explains why gold got and silver slammed this week. The PTB have to offset the negative news.