Hot off the press: 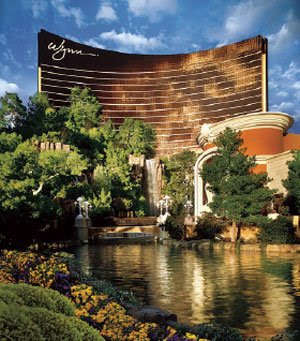 "In effect, everybody makes a little bit less money, but everyone keeps their job," Chairman and Chief Executive Steven Wynn said on a conference call with analysts and investors. "We don't want anybody on unemployment here."

Competitors like MGM Mirage, Las Vegas Sands Corp and Harrah's Entertainment have been laying off workers as recession-weary consumers and businesses cut back on extras like travel and gambling.

Wynn, which recently opened a second casino on the Las Vegas Strip (The Encore), said it would eliminate 2009 bonuses and suspend its program of matching 401-K retirement plan contributions. 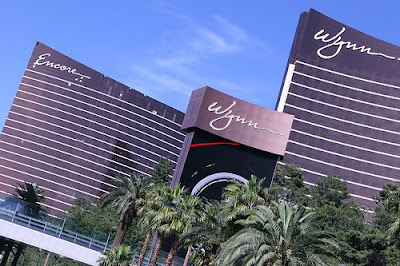 Wynn expects to save $75 million to $100 million annually.

In December, the company opened the $2.3 billion, 2,000-room Encore, which is adjacent to Wynn Las Vegas, the company's 3-year-old luxury casino hotel.

"We spent a ton of money in November, December and January getting this place off the ground," Wynn said. "These expenses occurred, of course, at a time when the economy of America, and Las Vegas in particular, was softening."

To fill the new resort, Wynn dropped room rates -- an action which reverberated across the Strip.

"Unfortunately this is a sign of the times in Las Vegas, even high-end properties are not immune," said Matthew Jacob, an analyst at Majestic Research.

Resorts like Wynn Las Vegas and Encore are designed to provide high levels of service and investors will be watching to see if the announced cutbacks affect trends further, he said.

Since you are based in LasVegas, you might appreciate the thoughts of a visitor.

Drove there several times recently on business (maintenance on co-located networking gear that serves my company as insurance in case LA drops into the ocean).

I remember driving thru the southern suburbs one afternoon (between Henderson and the 15), it was 5'ish, 100'ish and while waiting at stop lights, I marveled at being surrounded by big BLACK SUV's. All closed up with their air conditioners on (of course).

Black cars...in a baking desert? Right then and there I had to question the mentality of the locals.

Looking out I saw vast tracks of these blank,soul less housing tracts. No parks or even shops nearby either. I wondered what a inhabitant was supposed to do in those neighbors ...get on the TV/Internet while feeding ones face?

If this sounds like a slam of Las Vegas, be advised that I rather like the area, or more precisely... it's potential.

But somewhere along the way it lost its way, got perverted.

Perhaps things will eventually turn out for the better.

Really appreciate you taking the time to post up your thoughts.

Thank you for sharing this information.
Fidelity 401k